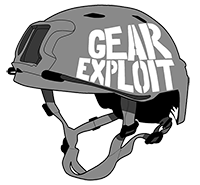 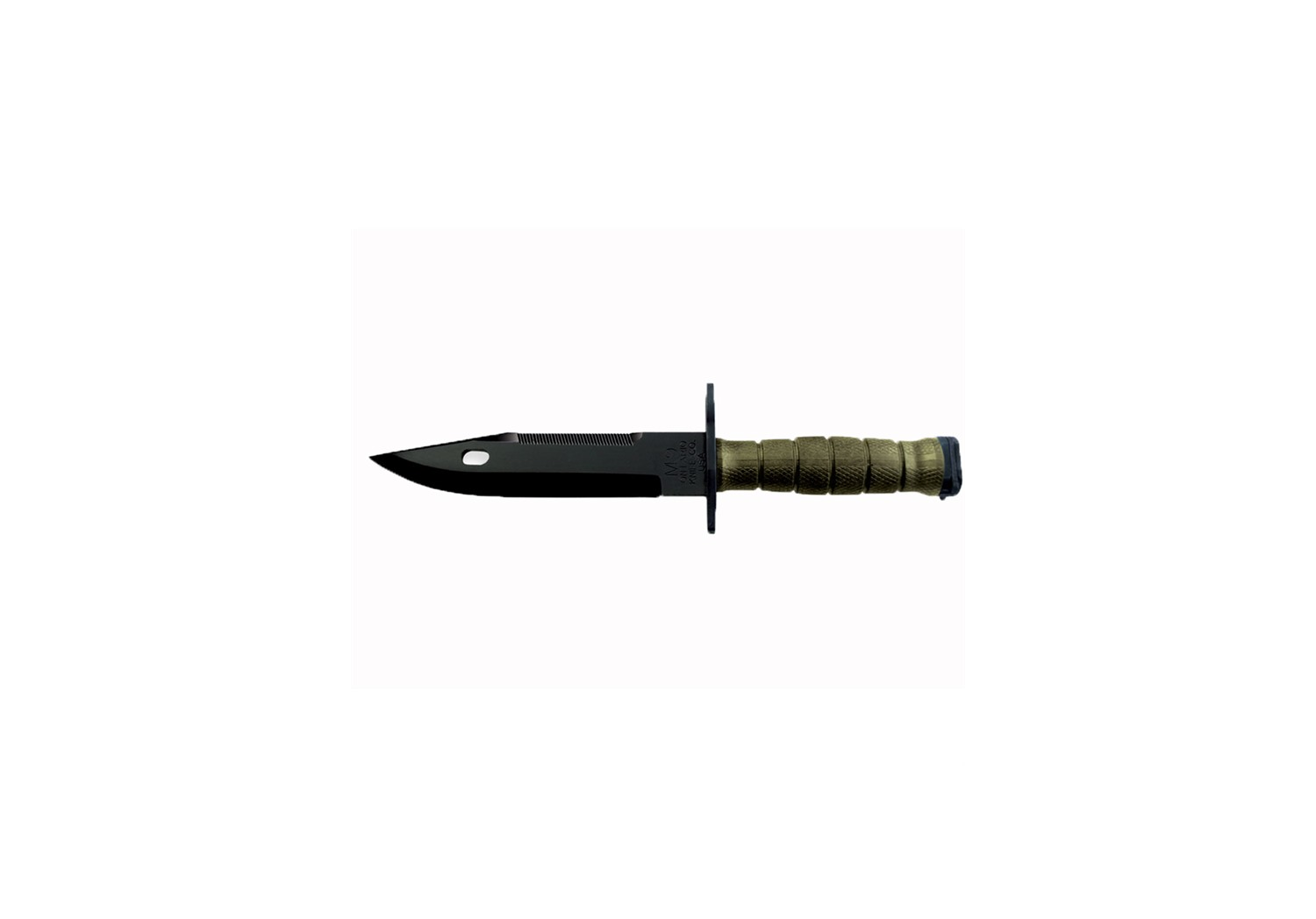 Knives are a tool that humans have had at our disposable for an incredibly long time. We’ve found evidenced of knives manufactured from flint dating back to well over 4000 years ago. To put that into perspective – we were crafting rudimentary blades and daggers when woolly mammoths still walked the earth. It’s probably safe to say that material science has come a long way since then. Material science has comparatively come a long way from even as recently as the 1960s. When we first put a man on the moon.

As such, every successive generation of knife since their early beginnings have gotten progressively better. A variety of specialized knives for specific tasks have been crafted over the years. For better or worse, this has ushered in a plethora of deadly weaponry. If you’ve landed on this page, the chances are you’re here because you’ve been asking yourself the following question.

What Is The Worlds Most Dangerous Knife?

The answer to this question obviously depends on what your definition of “dangerous” entails. If you’re defining it as the ability to cause injury or physical harm, then we’re on the same page. If you mean a knife that’s easy to accidentally hurt yourself with, you may need to look for another article.

As it turns out, there is a great deal of knives out there that conform to the former definition. This is down to a handful of different factors. Some knives have been developed to assist in self defense. Not just against humans, though. There are knives out there that have been designed to be used against sharks, bears and various other animals that’d sit much higher on the food chain than us if we weren’t smart.

One such example of a knife is the knife below. 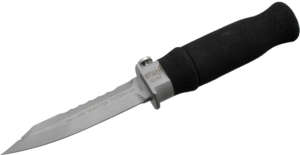 The W.A.S.P Injection knife may look relatively unimposing on the surface. But it’s what’s on the inside that counts. This knife was initially developed as a diving knife. A ball of gas (roughly the same proportions as a basket ball) is compressed down into a tiny cartridge at 800psi. If used underwater, the burst of air is so powerful that anything it’s used on will quickly ascend towards the surface as it is literally inflated with gas. When used on land, this knife can still freeze and explode any vital organ it happens to connect with. This knife isn’t just useful for protection against sharks – you can literally use it to hunt bears.

We wouldn’t recommend going out of your way to get in a knife fight with a bear. But if you ever found yourself in a situation where you had little choice but to fight back against a large natural predator, this is probably your best bet.

The sheer destructive power of this knife also mean that it has a potential use in military life. It’s not unheard of, especially among infantrymen, for members of the armed forces to have to spend a considerable amount of time outdoors. The longer you spend in the wilderness, the more susceptible you are to being caught off guard by a natural predator – or worse. It might be worth considering scooping one of these up under these circumstances.

Divers and general hobbyists who spend a lot of time in the wilderness should also strongly give these knives some consideration.

Is It Legal In Warfare?

This is particularly difficult to say. Whilst it can cause massive levels of damage a reasonable case can be made for it as a self defense weapon. With that being said – shotguns are perfectly legal for home defense but completely illegal for use in warfare. So there isn’t a great deal of consistency when it comes to potential damage output versus applicability in the battlefield. 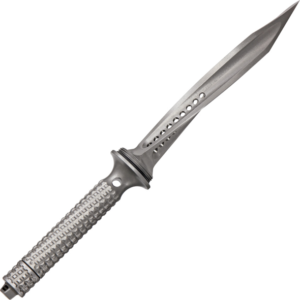 This is another blade that’s designed to maximize damage output. The primary manufacturer for this piece is a company called Microtech. As it’s used by Austrian special forces, the build quality is held to a fairly high standard. It’s built out of a Titanium alloy: 6AL-4V. It has a 7.12″ length blade that twists to three separate points near the tip of the blade.

The materials involved in the manufacturing process aren’t what make this knife dangerous though. The underlying design philosophy behind this knife is what makes it dangerous. The twisting design you’re looking at isn’t there for aesthetic purposes. It’s there for very practical reasons.

Defense wounds are much more likely with a knife designed like this. Effectively every angle of the blade someone could potentially grab has a cutting edge. This means it’s much harder to grapple away from someone who’s utilizing it in combat.

It’s primarily designed as a thrusting weapon. You’d probably have a difficult time slashing anything with this knife due to the awkward way the blades curve around the center of the knife. The handle is completely hollow, meaning the knife is balanced further towards the blade than the hilt.

Is It Legal In War?

Throughout martial history, it has been will established that the best way to inflict maximum damage after stabbing someone is to twist the blade. This blade is literally designed to do this particular task for the user. Whilst this knife hasn’t been officially reviewed – it wouldn’t be an unreasonable stretch of the imagination to assume that it could potentially be outlawed if it was seen in wider conflict. The wound left after being stabbed by this particular blade is much harder for surgeons to close than a regular stab wound. As a result, one could argue that it inflcits unnecessary damage and pain past the point of disabling an opponent during warfare.

If we were ranking knives based on the frequency of their appearance in pop culture, this knife would probably be the winner. The M9 bayonet is definitely up there along with bowie knives and butterfly knives when it comes to how much they’ve been seared into the cultural consciousness. But this knife isn’t famous because it’s “cool”. It’s famous because it’s effective.

It was first issued in 1986 to replace an older model that was initially issued in the 1960s. The United States army bought the rights to procure it for their troops and as such it seen incredibly widespread distribution. Over 405,000 of these knives were produced during the original run. This bayonet has seen numerous armed conflicts during it’s time serving the United States. These conflicts include:

This blade built upon issues faced with previous line of knives in production and provided a few new utility features. Whilst it may not be at the cutting edge of inflicting trauma, it’s safe to say that this knife has seen far more conflict than the two knives above. Whilst the top two knives are far better in theory, we have thousands of real world examples of this particular variant being used actively in combat scenarios. This is something to potentially consider when weighing up how dangerous these knives are.

Frequently Asked Questions In This Category

Whilst we covered the main focus of the article above, plenty of questions regarding knives tend to pop up from time to time. To address these questions, we’ve compiled a list of some of the more common ones below.

What Knives Do Marines Use?

For a fairly long time now, marines have primarily made use of the KA-BAR knife. This is another knife that deserves a mention. It’s been in use since 1942. Meaning this style of knife seen action during the second world war. This knife is a jack of all trades. It’s perfect for thrusting and stabbing and has a great deal of use as a sort of utility knife for practical purposes.